Introduction to HTML and CSS
$99 Value 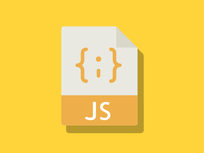 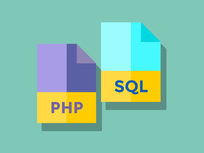 Introduction to PHP and MySQL
$99 Value 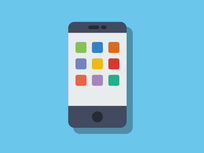 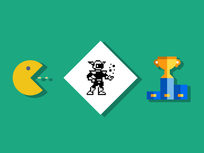 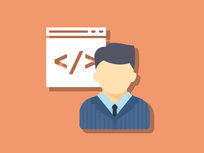 How to Run a Freelance Business
$99 Value

Introduction to HTML and CSS

By ZENVA | in Online Courses

Ever wanted to build a website but lacked the technical expertise? In this accelerated course, you'll learn HTML and CSS, two core languages to web development, and build a fully responsive landing page. Before you know it, you will have a strong foundation, and be on the path towards a productive career in web development.

Software developer and founder of ZENVA. Since 2012, Pablo Farias Navarro has been teaching online how to create games, apps and websites to over 150,000 students through the Udemy and Zenva Academy platforms, and created content for companies such as Amazon and Intel.

Pablo is a member of the Intel Innovator Program in the Asia Pacific, and has run live programming workshops in San Francisco, Brisbane and Bangalore. Pablo holds a Master in Information Technology (Management) degree from the University of Queensland (Australia) and a Master of Science in Engineering degree from the Catholic University of Chile. For more details on this course and instructor, click here.

By LearnToProgram | in Online Courses

JavaScript is the most sought after coding language for employers, and being fluent in it can do wonders for your marketability. Used in front-end web development and designed to interact with other languages, JavaScript helps make websites more responsive and portable across desktop and mobile platforms. In this fast-paced 2 hour course, you'll get up to speed with JavaScript and be ready to take on new web-based challenges.

Mark Lassoff’s parents frequently claim that he was born to be a programmer. In the mid-eighties, when the neighborhood kids were outside playing kickball and throwing snowballs, Mark was hard at work on his Commodore 64 writing games in the BASIC programming language. Computers and programming continued to be a strong interest in college where Mark majored in Communications and Computer Science. After completing his college career, Mark worked in the software and web development departments at several large corporations.

In 2001, on a whim, while his contemporaries were conquering the dot com world, Mark accepted a position training programmers in a technical training center in Austin, Texas. It was there that Mark fell in love with teaching programming, which has been his passion ever since. Today Mark is a top technical trainer, traveling the country providing training for software and web developers. Mark's training clients include the Department of Defense, Lockheed Martin, Discover Card Services, and Kaiser Permanente. He has consulted for companies such as Dell, Target, Lockheed Martin, and government agencies including the US House of Representatives. In addition to traditional classroom training and consulting, Mark releases video tutorial training for aspiring programmers on his website, www.LearnToProgram.tv and Udemy.com. He lives near Hartford, Connecticut where he is in the process of redecorating his condominium. For more details on this course and instructor, click here.

Introduction to PHP and MySQL

By Victor Bastos | in Online Courses

When used in conjunction, PHP and MySQL are excellent tools to construct complex, data-heavy websites, while still allowing the flexibility to adjust those sites over time. They are essential tools for any aspiring web developer, and this course will get you up to speed fast. A well-paying developer gig is just around the corner!

Victor Bastos is a Web Developer and Online Instructor. For the last 5 years he has been teaching online and developing incredible projects with amazing, skillful people. His goal now is to help students understand how the web works and how to become top notch developers in order to get a job in the current tech industry.

Currently he's working on several different projects like his new coding school Onclick Academy, where students can test their coding skills and search for a job in the current tech market. He is also the CEO of Web Labs Lda, which creates web apps for the Ed Tech Industry. For more details on this course and instructor, click here.

By Rob Cubbon | in Online Courses

WordPress makes it easy for anybody to operate their own website without typing a line of code. However, WordPress is a massively scalable platform, and its huge array of features can elude the casual user. With this course, you'll learn how to optimize your WordPress presence, and become a professional, marketable user in just 2.5 short hours.

Rob Cubbon has over 20 years experience in graphic design, web design and marketing, and has run his own business since 2005. He is an Amazon bestselling author of seven books and bestselling Udemy instructor. He is driven to help people experience the positive side of entrepreneurship, not the negative. He also builds brands, creates websites and runs marketing campaigns for his clients.

His mission statement: I want to help and inspire people to build sustainable online businesses, earn passive income and experience greater freedom and happiness in their lives.

For more details on this course and instructor, click here.

Learn the Basics of Apple's Swift While Building Your First App

Mobile app developers are in greater demand than ever as more and more people opt to access the internet via their smartphones. If you want to be a web developer, it's crucial that you also understand how to build mobile apps. In this course, you'll learn Swift, Apple's official coding language, by building a real iPhone app that you can use to start a mobile app portfolio.

Nick Walter is an iOS developer that has been focused on mobile app design and creation for over 3 years. His involvement in the iOS community started off with a bang, and in 2013 he was one of 25 students worldwide to be invited to Apple's "Cocoa Camp." Within his community, he is also co-president of an Apple developer group called "Cocoa Heads."

He has always had an itch to make things, but growing up in a small town he had limited access to programming resources. This frustration drove his early interest in online education. After experimenting with various companies, learning styles, and teaching processes, he has adopted the best strategies and used them in his courses. His experience as an online student has directly influenced his teaching style, and he is now proud to help students all over the world with their online learning goals.

Since the announcement of the new Swift programming language by Apple, he has buried himself in the Apple documentation and any online resource that is available. In his first Swift course, he provides students with a detailed explanation of the topics and skills needed to learn Swift, an overview of the basic features of the new language, and gets you started to begin building your first products.

Prior to teaching the internet's first course on Swift, he created 5 iOS apps from scratch that are currently live in the App Store and being used by thousands of users worldwide. Using his experience launching his own apps, he'll walk you through the shortcuts that can save you time and frustration from having to teach yourself. For more details on this course and instructor, click here.

By Mammoth Interactive | in Online Courses

SpriteKit is a popular framework for building high-performance, battery-efficient 2D games for Apple devices. In this course, you'll dive into the exciting world of mobile game development by getting hands-on experience with SpriteKit and the Apple development framework, Xcode. Before you know it, you'll be able to build amazing games and try your luck in the App Store.

John Bura has been programming games since 1997 and teaching since 2002. John is the owner of the game development studio Mammoth Interactive. This company produces XBOX 360, iPhone, iPad, android, HTML 5, ad-games and more. Mammoth Interactive recently sold a game to Nickelodeon! John has been contracted by many different companies to provide game design, audio, programming, level design and project management. To this day John has 40 commercial games that he has contributed to. Several of the games he has produced have risen to number 1 in the Apple's app store. In his spare time John likes to play ultimate Frisbee, cycle and work out. For more details on this course and instructor, click here.

Android is an increasingly popular operating system, making it an exciting and slightly less saturated development frontier than iOS. Not to mention, programming for Android shares many similarities to programming for other platforms as well, making your future education easier. This immersive course will guide you along the process of building a functional, creative Android app and bringing it to users.

Stone River eLearning was founded in 2011, and has taught over 300,000 students through its website and reseller partners since its founding. Their courses focus on programming, development and design. For more details on this course and instructor, click here.

How to Run a Freelance Business

Invest In Yourself by Learning How to Become a Freelance Developer

One of the greatest perks to being a web developer is that you can work from anywhere, and you're in such high demand, that you can work for anyone. You don't have to be tied down to a single employer and salary when you can negotiate better deals with several. This course will teach you how to leverage your skill set and become a successful and independent freelance developer.

Phil Ebiner's passion is inspiring people through online courses. Since 2012, over 200,000 students have taken his online courses. He graduated with a Bachelor's Degree in Film and Television Production from Loyola Marymount University, Los Angeles. Over the past 5 years, he has shot and edited thousands of videos that have played everywhere from the movie screen and television to film festivals and YouTube. For more details on this course and instructor, click here.